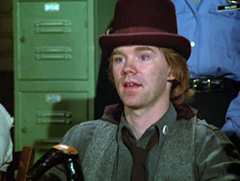 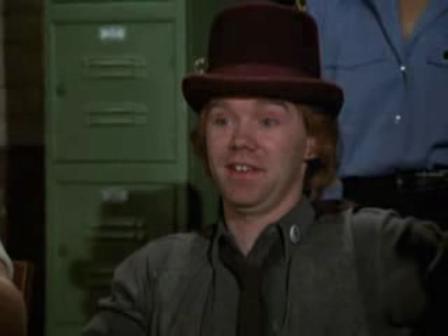 Season 1 Episode 1:Hill Street Station
"Hill Street Station" introduces us to the many stories on the street, in the squad room, and in the homes of both the uniform and plainclothes officers at Hill Street. After Sargent Phil Esterhaus completes Roll Call, we begin to learn something of the regulars. John "J.D." LaRue goes out of his way to hit on Assistant DA Joyce Davenport. She's at the Hill and livid with Captain Frank Furillo and his Sargent's, who explain that they have "temporarily misplaced" the suspect she is supposed to have in court in just a few minutes. Meanwhile, while on patrol street cops Andy Renko and Bobby Hill stumble on a liquor store heist that ends in a hostage standoff. Clashes occur between Detective Henry Goldblume, who believes in negotiation and talking to suspects, and Lt. Howard Hunter, a gung-ho commander of a type of SWAT team on the Hill. Add to this mix gang leader Jesus Martinez whose gang members planned the robbery and tries to end it only to yell at his members, and Capt. Furillo finds only by showing up on the scene himself can he end the situation. Amongst this we meet Sgt. Mick Belker, a tough undercover cop who has a penchant for biting his suspects if they try to resist him in any way. Belker has his first run in of several with a pickpocket he picks up in the crowd at the liquor store holdup. Personal relationships are also introduced, when we meet Furillo's ex-wife Faye, who wants more child support, Esterhaus's new love interest, a high-school senior (he's in his 50's), and a secret love affair between Assistant DA Davenport and someone on the Hill. The episode ends with a cliffhanger when Hill and Renko, looking for a phone after their squad car is stolen while they respond to a domestic dispute, stumble onto kids using drugs who shoot the two officers and leave them for dead. Written by Spirit

Season 1 Episode 2:Presidental Fever The precinct prepares for the president's visit, calling a summit of the various gang leader's in the hopes the president can get in and out of the city without being killed or putting the city's citizens at risk. But tempers flare as rival gangs find out whose territory the president will visit, and whose he won't. Division decides that the city's police stations need "sprucing up." The Hill is first on the list for official department decorator Grace Gardner, a fiery redhead who immediately clashes with Sargent Phil Esterhaus. He'd rather see the money spent on real issues for the department. Hill and Renko return to the job after several weeks in the hospital, but can't come to terms with working together again. Bobby admits he's scared after the shooting, and Renko can't seem to forgive Bobby for not ever coming to visit him in the hospital. Belker makes it a priority to bring in the two rapists who continue to assault women in St. James Park. New uniformed cops Harris and Fuentes let a good bust go to their heads, and when the roust a group of Latino men moving out of an apartment and accuse them of actually stealing someone's furniture, the two cops are jumped. When they organize the rest of the cops to help them with "softball practice" where they intend to take baseball bats back to the community and recover their guns, Furillo shuts it down. Furrillo's personal problems persist when he gets served by his ex-wife to pay more child support, and he can't find the time to actually meet with Joyce Davenport for more than an hour at a time. Written by Spirit

Season 1 Episode 3:Politics as Usual
Hill and Renko finally deal with the issues left over from their near fatal shooting. LaRue finds himself under investigation when a dirty cop corners him with a bribe during a bust gone bad. Belker agrees to a blind date set up by his Mom. Furillo's problems with women continue, when his ex-wife Faye first hits him with an attorney's letter requesting more child support, then he has to leave Joyce's apartment late one night to bail Faye out of jail after being arrested for being naked in a hot tub. Written by Spirit

Season 1 Episode 4:Can World War III Be An Attitude
Esterhaus finds himself tempted by a new woman when Grace Gardner returns to decorate the precinct and won't take no for an answer. LaRue has his first hearing and draws support from both partner Washington and captain Furillo. Lucy Bates questions her femininity when Hunter asks her to join his team. A car jacking leads Hill and Renko to arrest "Malibu," who turns out to be completely willing to confess and pay back his time doing fix-up work around the precinct. And with Furillo out at LaRue's hearing, the hill finds itself under siege from gangs angry with the president canceling his walking tour. Written by Spirit

Season 2 Episode 16:Personal Foul Belker and Washington go undercover at an adult movie theater. A man who recently lost his job holds his wife and son hostage inside their apartment. Goldblume's wife asks him for a divorce. The precinct plans an exhibition basketball game between the officers and the gang members. Written by Anonymous

Season 3 Episode 3:Heat Rash An action movie star asks to follow Belker. Bates and Coffey arrest a guy who thinks he is an ET. Hunter tells Furillo that he may have cancer. Furillo looks into an allegation made against his precinct by a disgraced captain who committed suicide. Hill and Renko make a drunk driving arrest on a councilman that is quickly overturned by Chief Daniels. Written by Anonymous

Season 3 Episode 9:A Hair of The Dog
Belker goes undercover at a pawn shop after getting tip from Eddie Gregg, who wants to be a snitch. LaRue and Washington have difficulty get an autopsy from an overworked coroner. Chief Daniels forces Furillo to open an investigation on the kidnapping of the governor's dog. Faye gets put in jail for contempt of court after arguing a traffic ticket. Written by Anonymous

Season 4 Episode 2:Ba-bing, Ba-bing
there is no plot summary for this episode