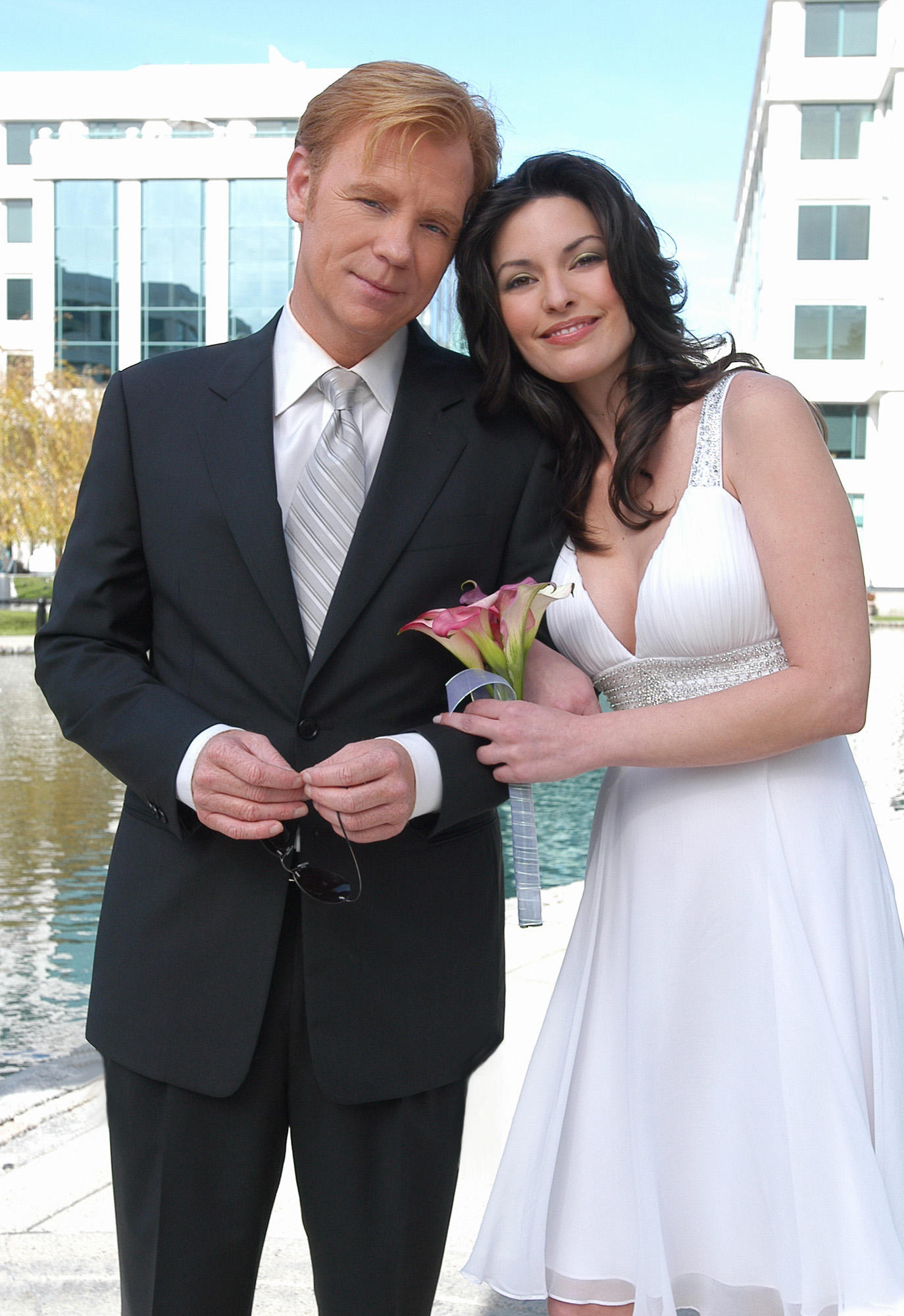 If we didn't already know Horatio Caine is a sucker for the whole victim-redeemer relationship complex, then his heart-rending relationship with Marisol Delko pretty much writes the textbook for that dynamic. Eric's lovely big sister with her battle with breast cancer and related arrest for buying marijuana on behalf of her cancer support group friends is a perfect hook for Horatio's hero-rescuer tendencies.Their subsequent courtship and marriage draft off Horatio's deft handling of her legal woes and brother's implication in tampering with evidence in his sister's arrest. (not to mention the accusation by a witness that he had also purchased drugs on behalf of his sister).
Horatio and Marisol's married bliss ended swiftly, when Marisol was shot by a Mala Noche thug, and later died from the injury she sustained. The Ride to the hospital was what really killed her.
Not surprisingly, Horatio and Eric seek revenge on Antonio Riaz, the Mala Noche boss who ordered the hit on Marisol, by following him to Brazil and stabbing him with Riaz's knife in the shadow of the Christ The Redeemer statue.